A soft creak of the grille gate is enough to shake things up in this otherwise quiet corner in Chennai’s Kanathur. The response: 40 dogs barking, all at eleven.

While this is probably not your idea of ​​an ideal welcome, at Alangukottai, touted to be India’s largest native dog farm, it sounds just fine. A not-for-profit initiative of city businessman Vasantha Kumar Vasudevan, Alangukottai was founded in October 2020 with one primary goal: showcasing indie breeds.

“My aim is to collect as many Indian breeds as possible, so that people can see them all under one roof,” he says.

The idea was born out of his desire to get his daughter, Shakthi Vasanth, an Indian dog. This search became an obsession, and Vasantha Kumar was soon devouring as much material on indie breeds as he could. “Many breeds that once thrived in Tamil Nadu are nowhere to be found today. That’s the same case with other states as well.” 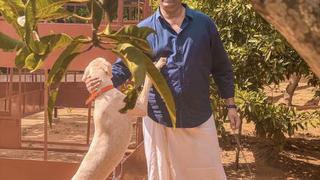 The more he read and interacted with experts, the more Vasantha Kumar learned. “There were breeds in Tamil Nadu, like the Senkottai and Malaiyeri, that cannot be seen today. A breed called Alagu found pride of place in Raja Raja Cholan’s army; its image has been found in pillars in Thanjavur. It is extinct now. In West Bengal, a breed called the curly hound was popular; it is today found in some places in Bangladesh only.”

The rarity of these breeds got Vasantha Kumar thinking. “It also irked me to see many people buying expensive foreign breeds while our own native dogs were on their way to extinction.”

Unique breeds in the farm:

Vasantha Kumar decided to use his three-acre farm on the ECR plot to house indigenous dogs. Today, he houses 18 breeds and more than 40 dogs. Over here, the Chippiparai and Kombai, native to Tamil Nadu, rub shoulders with their Andhra counterparts the Pandikona and Jonangi, as well as the Rampur greyhound, Bully kutta and Himalayan gaddi kutta. 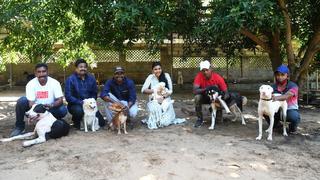 V Vetrivel, who has more than a decade’s experience with dogs, starts his day at 6am, taking the animals for a short walk, followed by a breakfast of eggs and yoghurt. Dinner includes chicken, which the dogs look forward to. Their everyday routine also involves walking and free roaming, usually done in batches to prevent fighting. “The newer dogs that come in usually need some time to socialize,” says Vetrivel, “We have a couple of kennels in the back to ‘quarantine’ new dogs. After completing vaccination procedures, we let them interact with the others.”

Vetrivel’s job not only includes the upkeep of the farm but also unearthing information on relatively unknown indigenous dogs. “There are some dogs we get after waiting for a year,” he reveals, holding out his phone to show WhatsApp conversations between professional dog transport company personnel and him. His most exciting assignment from him in the last year saw him traveling to a forest in Chattisgarh in search of a local Indian dog with erect ears and a curved tail, known for its guarding instincts.

Vasantha Kumar’s mission is to raise awareness on the advantage of adopting dogs that are used to the Indian climate and conditions, instead of importing animals. “We hope to collect as many breeds as possible,” he says, citing the example of Japanese breed Akita, which has re-surfaced, after the Second World War pushed these dogs to the brink of extinction.

For those interested in visiting Alangukottai, contact 9962323959. The farm is at 1, Krishna Street, Krishna Estate Dwaraka Entrance, Kanathur, Chennai.