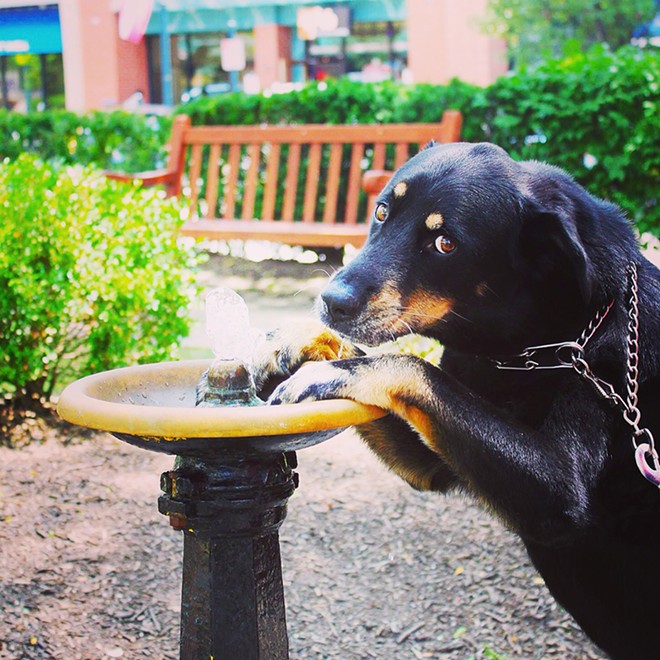 While doomscrolling on social media has become the norm these days, there are plenty of accounts injecting our stressed-out cerebral cortexes with some much-needed serotonin in the form of adorable animals.

Helmed by Cincinnati native Jane Sullivan, Dogs of Cincy lives up to its tagline of “The coolest dogs in the Queen City.” It recently featured a standard poodle dressed like Joe Burrow (in a black turtleneck, pink sunglasses and iced-out chain; a Belgian malinois, in training to be a narcotics detection dog, posing at CVG airport; and two cute-as-heck corgi puppies on a couch.Each image is accompanied by a caption detailing the dog’s personality—their likes, dislikes and fun facts.Sullivan also shares resources, hosts a forum and sells local pet-friendly products on her website shopdogsofcincy.com. 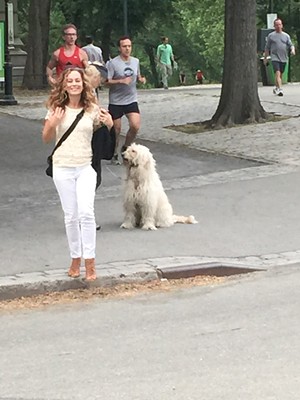 “It’s just me,” Sullivan says of Dogs of Cincy. “I take all the photos or interact online with all the humans to get the dog info. It’s a shame dogs can’t speak.”

Sullivan, a photographer and artist, is no stranger to gaining an audience.

“My career for years was as a singer/songwriter,” she says. “I wrote and sang the Emmy-nominated theme song ‘Breathe’ for NBC (daytime soap opera) passionswhich was on from 1999 to 2009. I also had several songs featured in the Hilary Duff movie Material Girls.”

She says that her drive to create, coupled with her “love for Cincinnati, photography and dogs, culminated in
@dogsofcincy.”

We asked Sullivan more about the account, her favorite featured pups and why her focus is dogs. (We unfortunately didn’t ask more about passionswhich, editor’s note, is hands-down the best daytime soap opera to ever air on TV.)

CityBeat: What inspired you to launch the Dogs of Cincy IG page? Who was the first dog you posted?

Jane Sullivan: I started Dogs of Cincy almost seven years ago. Hard to believe. I had read all the stories in (photoblog) Humans of New York and I thought it would be so interesting to talk to strangers about their dogs and hear their stories. Everyone loves to talk about their dogs. The first dog I featured was Gunner. He likes to steal underwear.

CB: I’m sure people ask this a lot, but why dogs and not cats?

JS: Dogs are generally just out and about and more accessible than cats. I meet them on walks, at parks, at breweries, all over the city. I love cats too, though. My 19-year-old cat just passed recently. Her name was Pixie.

CB: What would you consider the mission behind Dogs of Cincy?

JS: My mission is simply to show the stories behind every dog ​​in our city. Dogs are parts of our families. They are there for us in ways humans can’t be sometimes. They listen and comfort a lot. Thank god for dogs during the pandemic! They bring joy, and I hope that people look forward to the posts and it’s a bit of good news in their day. Who doesn’t want to read an inspiring, funny or happy story about a cute dog? We also give out great info for local dog people — boarding, grooming, best parks, dog-friendly bars/restaurants, etc.

CB: How do you find the dogs you feature on your page? Can people submit their pets to be featured?

JS: Dogs of Cincy began organically by me just approaching people all over the city. It was hard at first, but then it got easier. I’ve never once had someone say no to a brief conversation and photo of their dog in seven years, which is amazing to me. What I discovered is I loved making these connections to people, who I probably would have never met. Hearing the stories of their dogs and meeting random, kind people always leaves me with a smile. It’s heartwarming. During the pandemic, when people weren’t out with their dogs as much and the thought of a stranger coming up close to them to talk was out of the question, people started sending me pics and bios of their dogs for features. So now, it’s turned into a combination of both.

CB: What’s been a favorite story behind a dog you’ve posted about?

JS: Oh, every story is so unique, surprising and interesting, it’s hard to say. But I recall in the first few years, when I was in Mt. Adams, I photographed the oldest dog I had ever met. She was 16. I remember her name was Ella Mae. Her human mom de ella wanted to make sure I spelled “Mae” correctly because she said the dog was “Irish.” I just loved how much she cared about her dog from her. Ella Mae was a classy, ​​little old Beagle lady out for a jaunt on Pavilion Street — maybe she had been at Crowley’s. Little thoughts like that are so relatable to dog lovers.

Send CityBeat a news or story tip or submit a calendar event.