Five visits to the vets later, Alexandra Fraser reflects on the dangers faced by a hungry puppy and the benefits of pet insurance.

The old adage goes: ‘sometimes you want to go where everybody knows your name.’

The thing is, when that place is the emergency vets, the novelty veers quite rapidly from exciting towards depressing.

Wilf is not a sickly dog. He’s a spaniel through and through – easily excitable, remarkably opinionated and loud. He doesn’t cower in the corner, he doesn’t clean into a room. I have bounds, I have cavorts, I have canters. In short, he’s a puppy. 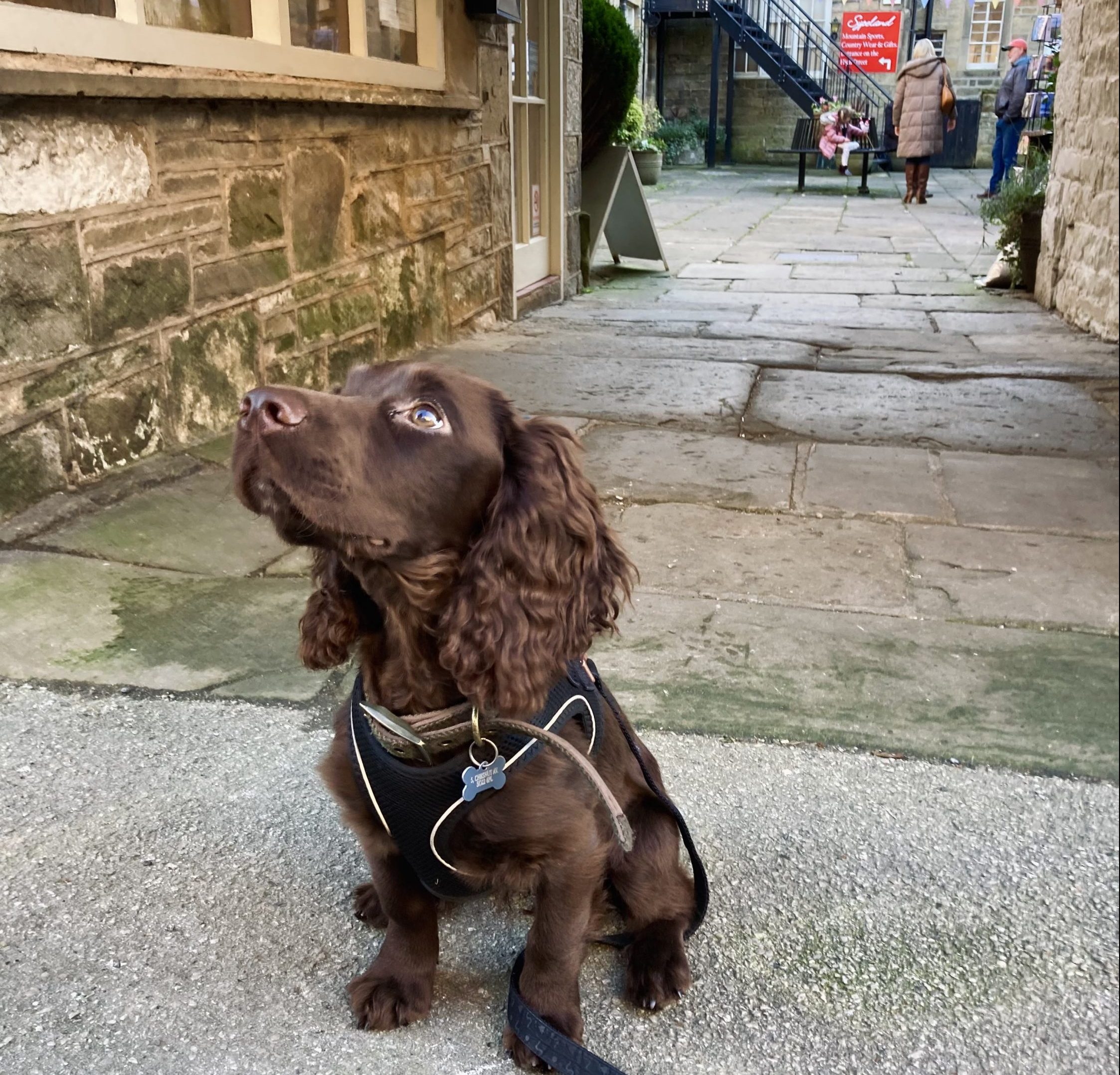 So it was with a great deal of surprise and not a little mysticism that I found myself hastily putting aside my first glass of wine of the evening on Wednesday of this past week and rapidly dialing the emergency number to take Wilf to his fifth vet visit of the month.

‘“Google it.” I snapped at my partner while my fingers were still in Wilf’s mouth.’

Having a spaniel lends you supernatural speed. If Wilf is chewing something that I do not recognize, it’s out of his mouth and in my hands in 1.5 seconds flat.

Unfortunately, the presence of guests over the festive season meant danger. After all, who else besides their owner, even when pre-warned, expects a small spaniel puppy to leap frog them, hit their chair at speed and proceed to reach the kitchen table to eat an entire mouthful of Christmas pudding? 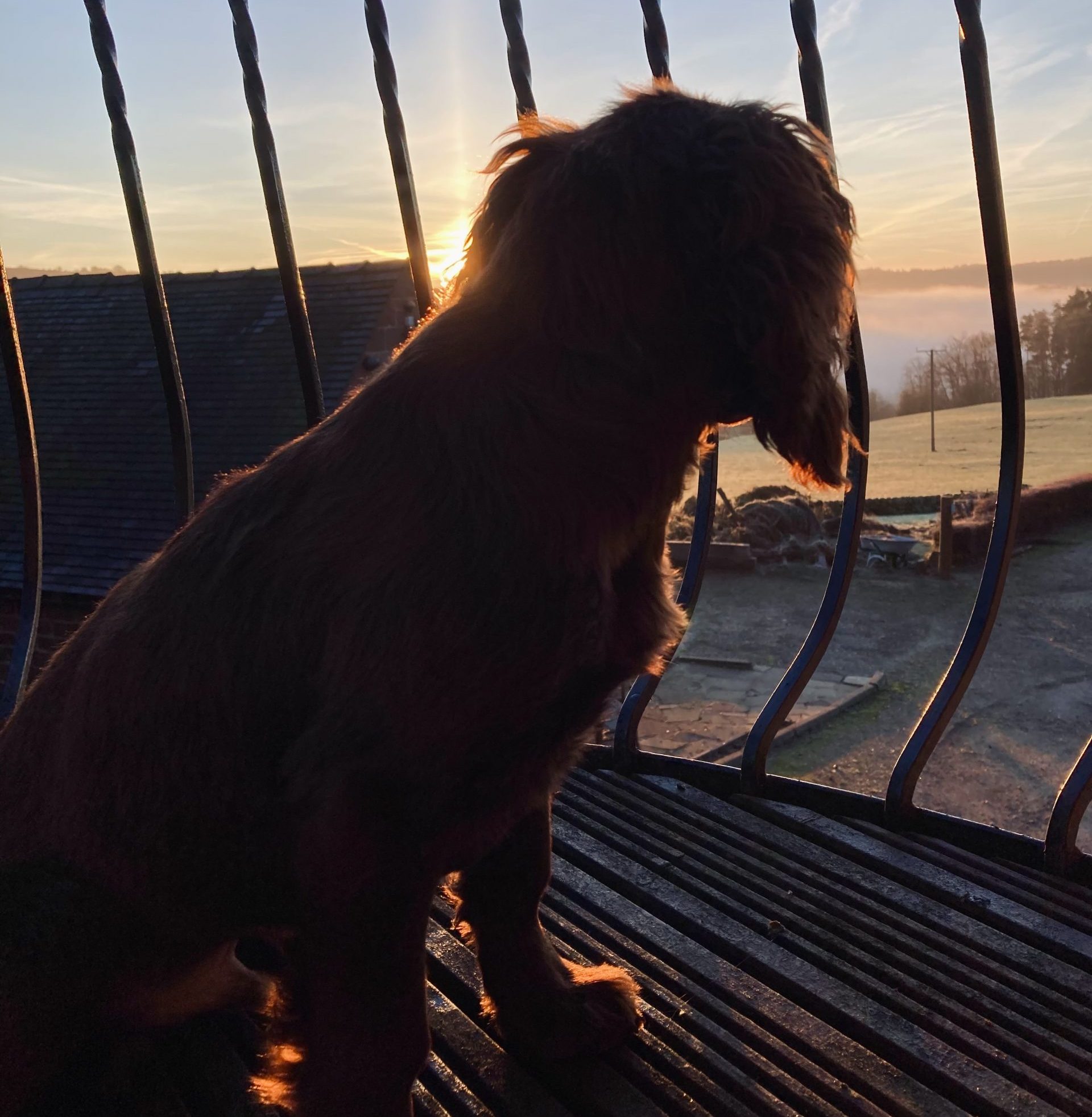 A peaceful Wild reflects on the joy of having parents willing to spend a small fortune on a special gastrointestinal diet.

“Google it.” I snapped at my partner while my fingers were still in Wilf’s mouth, having snatched him off our guest’s unsuspecting lap and reached down his throat to remove the offending lump of cake. I was too slow – it was gone.

I’ve never been afraid to admit what I do not know and consequently the internet has long been my friend – never more-so than in my first three months of dog ownership. A quick search will tell you that grapes, raisins and cooked fruits are highly toxic to dogs and immediate action should be taken. 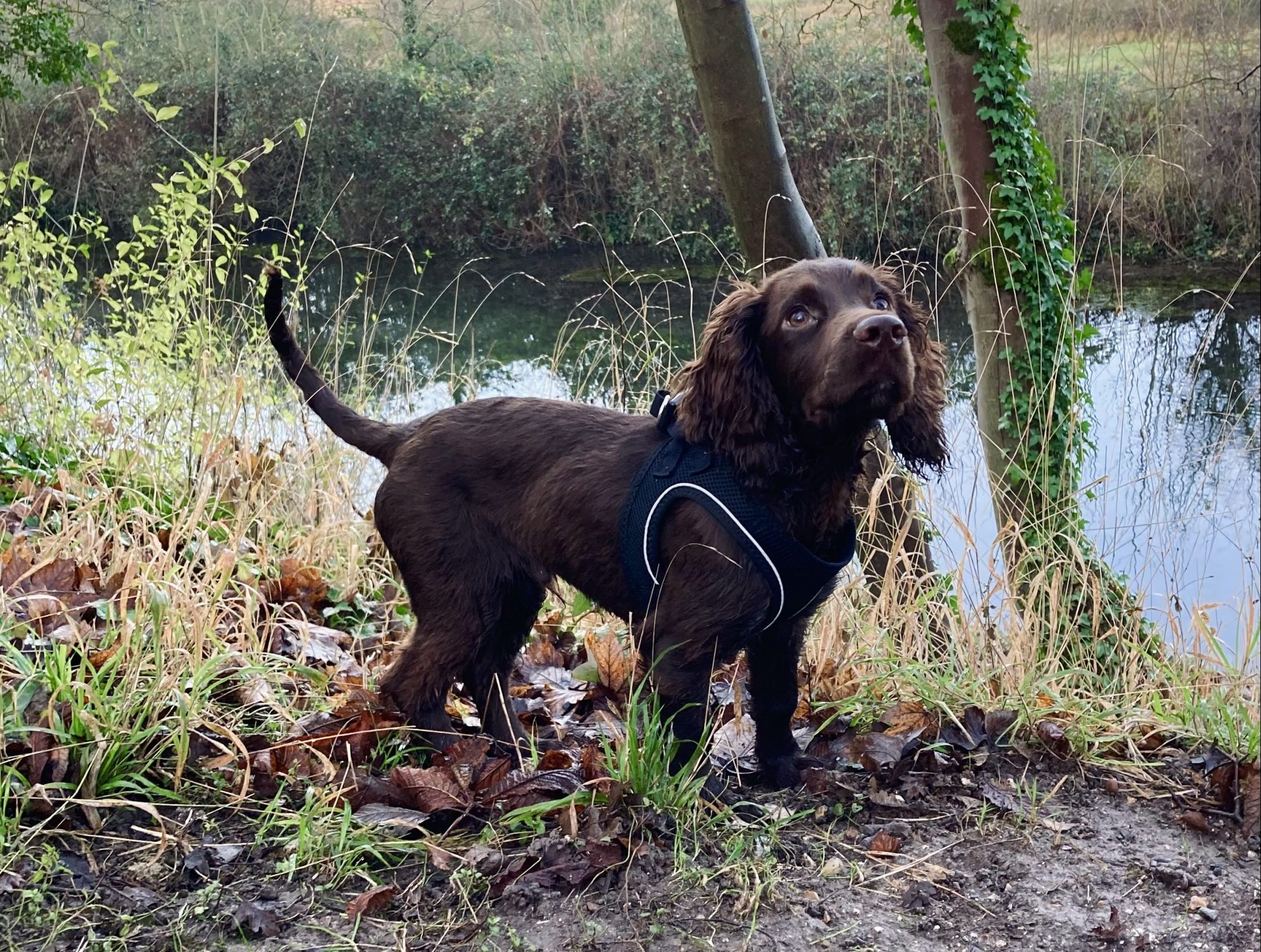 What do you mean I can’t eat everything I see?

Within fifteen minutes Wilf was in the capable hands of the excellent Winchester night vets, had received an injection to make him orally dispel the offending fruit and an hour later when I collected him he was wagging his tail and fetching his ducky for the nurses.

“He’s the perfect patient.” The night nurse said, while the regular nursing staff cooed over their most prolific patient and sent me sympathetic glances.

‘I wish I’d gotten my act together earlier. I wish the vets surgery gave out frequent flyer thousands.’

They’d recognized my voice on the phone when I called. I’m not a hypochondriac by nature – I once went to a university Greek Language test recovering from poisoning by Olbas oil. But when it comes to Wilf, I’m not willing to take a single risk.

My family dogs had insurance for ten years before my mother canceled it. “They’ve never used it.” She said when I was having the debate (that shouldn’t have been a debate), and she was right. 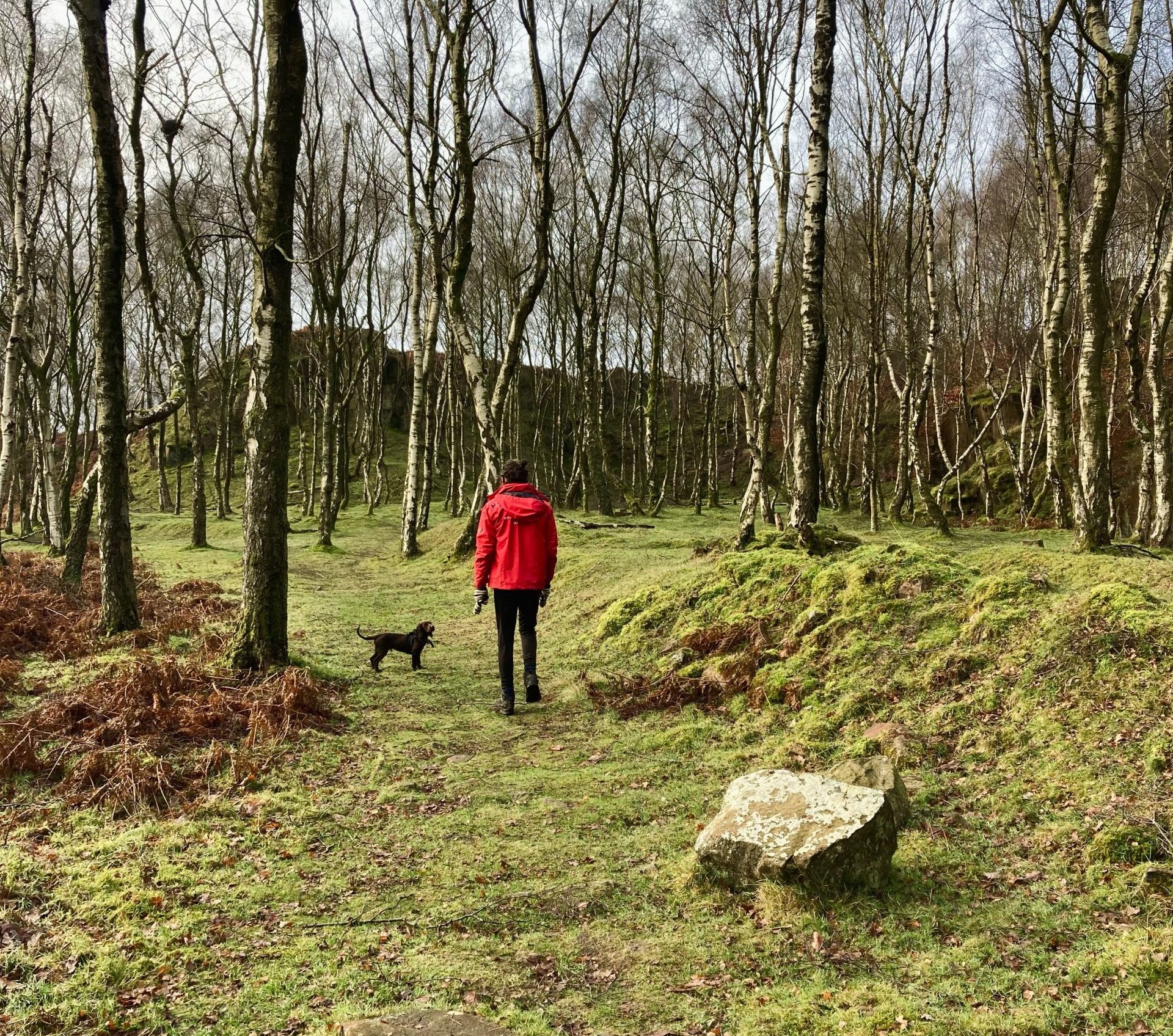 A secret meadow of moss above Padley Gorge that Wilf found for us.

But Labradors are tanks, and Wilf is a small puppy. I’d signed him up for the Healthy Pet Club before we even took him home and he is weighed and administered flea and worm medicine with military precision, but he doesn’t have insurance.

I wish I’d gotten my act together earlier and accepted that two illnesses would push me past a year’s insurance premiums anyway. I wish the vets surgery gave out frequent flyer thousands. He’ll be fully insured soon, and until then, every penny is worth knowing that my puppy is healthy. 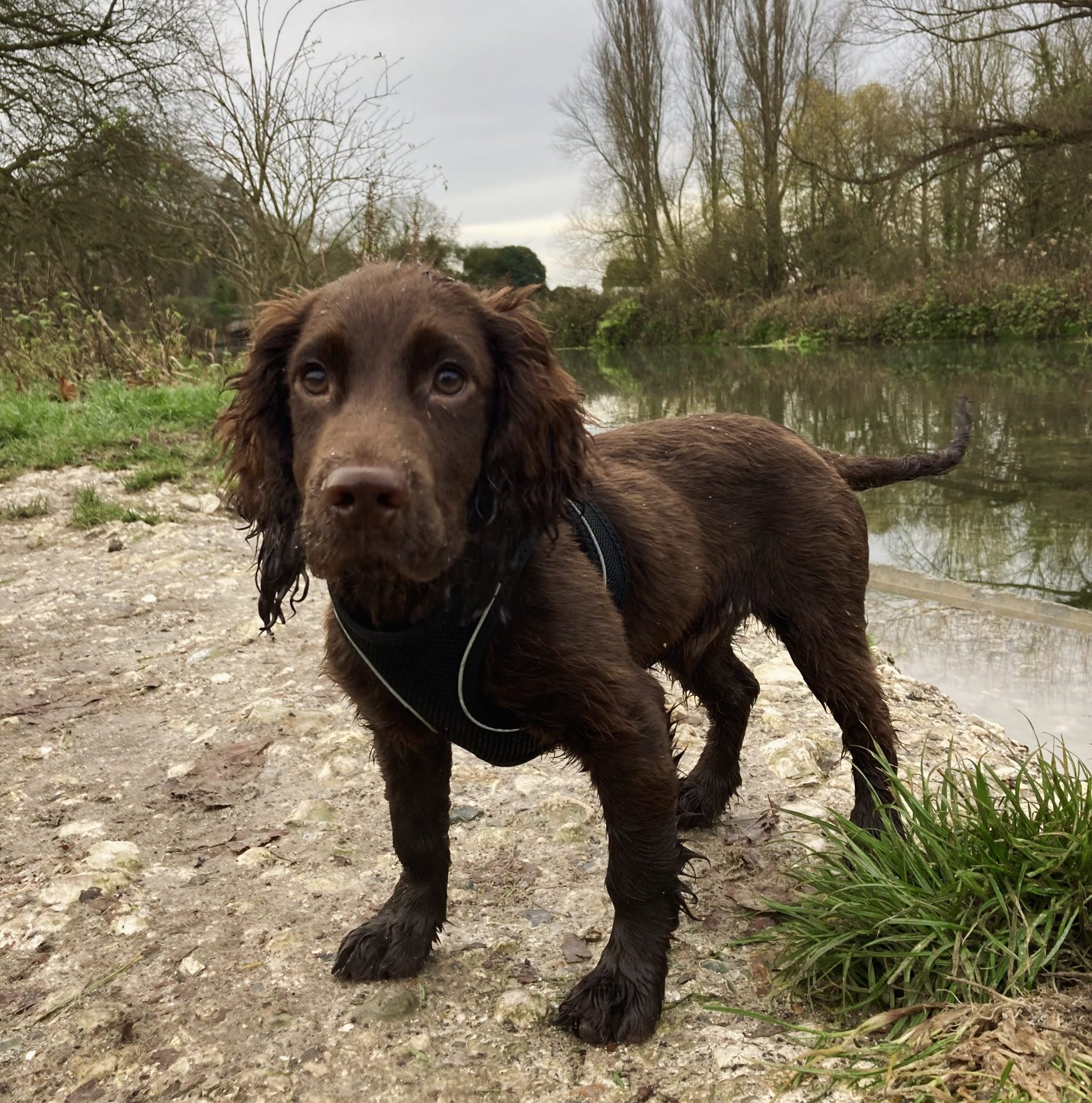 Right as rain – no matter what he eats, Wilf bounces back fast due to a strong constitution and proactive parents.

Top five things to not let your dog eat

Grapes. Any kind of grape, raisin, or dried fruit consumption should be an immediate vet visit. This makes mince pies and Christmas puddings and absolute total no-no.

Conkers. They are not fun toys. Be vigilant.

Box hedging and other green items. If your pup likes to chew up the garden, it’s worth doing a whip round and googling every single plant you have to ensure that they can’t get at anything toxic. That includes Buxtus (that stuff your grandma cut into pretty shapes along her hedge), daffodils, tulips, foxgloves, rhododendrons and more.

Chocolate. This one is so big that I wrote it’s own article here.

Wilf is growing up so fast! Find daily updates on his Instagram from him, @wilfthecocker.

Chocolate is potentially life-threatening to dogs and other animals throughout the year, but more issues crop up around Easter, when

Alexandra Fraser and her partner didn’t decide to get a dog; they merely decided to go and see a dog.

‘But I don’t want to go to sleep!’ Credit: Alexandra Fraser

Three weeks into deciding to become a dog parent, Alexandra Fraser reflects on the trials of the first week of

A beautiful jail, but a jail nonetheless. Credit: Alexandra Fraser