Over the past 50 years, I have visited not hundreds but thousands of farmyards in Canada and the United States. I can hardly remember any yards that did not have one or more resident dogs. They came in all shapes and sizes from St. Bernards to tiny Yorkshire Terriers.

For many farmers, the farm dogs had specific purposes and the owners were often aware of their talents and capabilities. On the other hand, there were some farmsteads with dogs that did little to suit the operation of the farm.

All dogs, coyotes and wolves share some 99 per cent of their DNA or genetic code. Wolves were the first wild animals to be domesticated 10,000 years ago, giving us our present-day dogs. Remember, with all dogs, you could potentially have a hundred generations in 100 years. Changes in size, type and capabilities of dogs can be rapid over time.

Where I grew up on a small farm in Wales, we had border collies and corgis. Border collies, called stock dogs, collies or sheep dogs come in a range of colors but all have or should have white tips on their tails. This waving white tip lets you see them or follow them on very dark nights.

Border collies are generally recognized as the most intelligent of all dog breeds. Corgis, on the other hand, either Pembroke Welsh or Cardigan, are not herding dogs but driving dogs, both in the top 10 of breed intelligence. Their job in Wales was to drive beef cattle, such as Herefords and Welsh Blacks, to the English town of Hereford for sale. Corgi is a Welsh word meaning short dog.

If you needed to round up sheep or docile dairy cattle, you were best suited with border collies. If you needed to drive reluctant or dangerous cattle in the Welsh hills you used aggressive, heel-biting corgis. Corgis do an excellent job of intimidating aggressive cows and bulls.

When you think of another common farm breed, picture the Australian heeler. Guess where the aggressive driving came from? Australian heelers have little or no dingo in them, but they were bred from bluetick collies, corgis and shored up for some size with English bull terriers. This allowed them to drive cattle and chase off the wild dingo dogs. They are well suited as cattle dogs in Canada and for coyote intimidation. 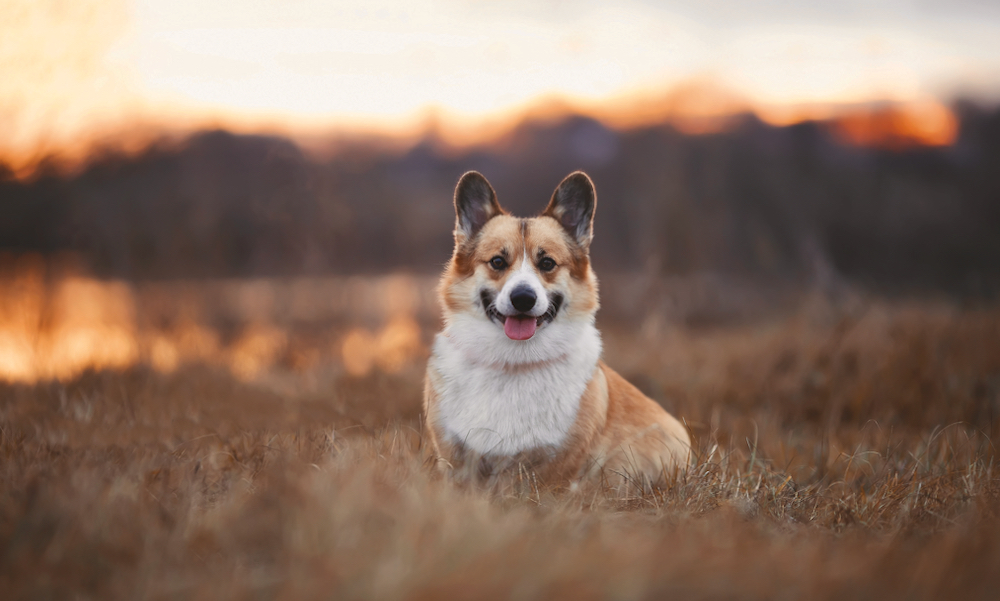 Corgi is a Welsh word meaning short dog. Where I grew up in Wales, the job of a corgi was to drive beef cattle to the English town of Hereford for sale. Also, if you needed to drive reluctant or dangerous cattle in the Welsh hills, you used the aggressive, heel-biting corgi.

In New Zealand, where there were no prey animals but huge sheep-herding areas, the collie was often crossed with hunting hounds and greyhounds. Bigger, longer-legged collies called huntaways were prized for their loud barking for driving sheep.

All of the above-mentioned farm dogs basically belong to the husky group of dogs, as do elkhounds, malamutes, Australian shepherds and Samoyeds. What they have in common is a double coat that can stand very cold winters on the Prairies.

When I was a child on the farm with both collie and corgi, I distinctly remember they would both look after me, herd me and watch for cattle, pigs or roosters getting too close — horses were exempt.

At the age of seven or so, my parents visited my mother’s sister at Morpeth, Northumberland, in 1947, just south of the Scottish border. My father shelled out the great sum of five pounds for a border collie. That was well over a week’s wages. Remember, 250 pounds at that time could buy you a small row house.

My father bought an Adam Telfer border collie, considered to be the best sheep- or cattle-working dogs in the world. In fact, this year, a border collie from this very same area sold for around $30,000 to a buyer in the United States.

The dog my father bought was a three-month-old female, given the name of Lassie by my mother. Lassie grew up to be a dog that was no great looker, but she was incredibly intelligent. She instinctively and quickly showed us how to best herd sheep, head off reluctant cattle, move flocks of chickens, steal eggs and discipline and teach her succession of pups.

Lassie was usually bred to the best border collies in the area and the pups were kept for three to four months to be taught by the mother before being given away to neighboring farmers. Collies in the United Kingdom are also often bred to racing greyhounds to produce fast, intelligent, rabbit-hunting dogs called lurchers. Many outstanding British-bred sheep dogs will have 10 per cent, or more, greyhound genetics to provide speed.

Australian shepherds are basically British border collies crossed with Spanish (Basque) sheep dogs. This breed developed primarily in Utah and not Australia as some would think.

There are other breeds of working dogs for the farm, cattle or sheep, but they have generally been bred for show, rather than selected for stock herding in North America — and all must have thick, double coats suitable for sub-zero weather conditions on the Prairies. 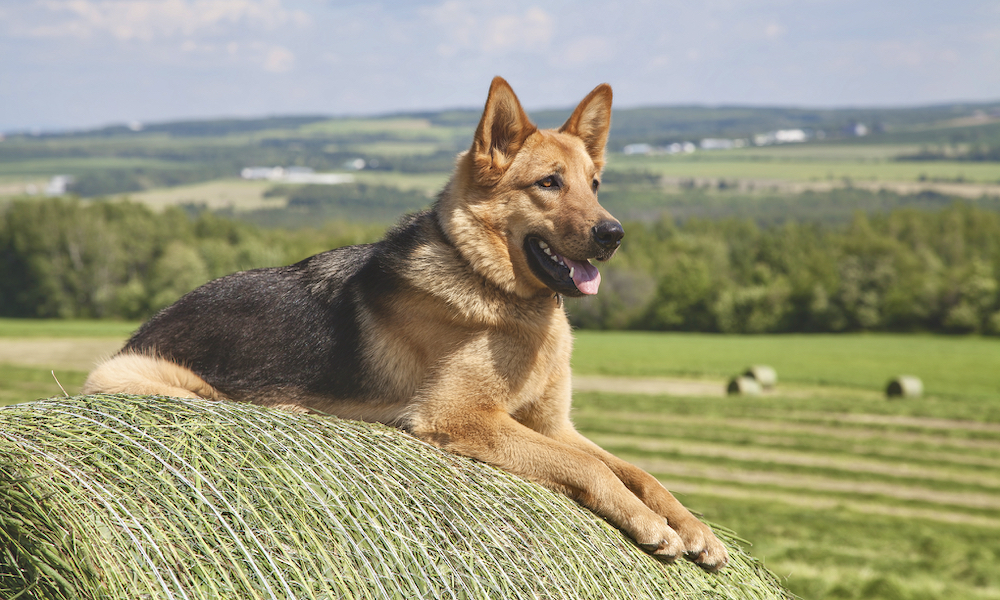 German shepherds bred around 100 years ago make good yard and guard dogs, since most have double coats, but they often lack stock-herding instincts.

Breeds such as Rottweilers, Dobermans, Labradors and boxers have thin, single coats and do poorly in very cold outdoor conditions. Wonderful dogs but unsuitable to very cold weather conditions.

German shepherds bred around 100 years ago make good yard and guard dogs, since most have double coats, but they often lack stock-herding instincts. I live on an acreage and I presently own three border collies, down from five, and all are very intelligent and energetic. Collies almost always never overeat like most other breeds and, consequently, never need to go on diets.

These are dogs that range from Great Pyrenees to Anatolian shepherds. They are not the best of pets but they are excellent guard dogs for sheep, goats and other herd animals, including chicken flocks. They all have thick winter coats. When you buy a dog either as a pet, yard dog, herding dog or guard dog, it’s often preferable they have thick, double coats, which allow them to perform and play in our cold or very cold weather conditions.

Next, if you want a good working or yard dog, ensure you know the dog’s history and are able, if possible, to see both parents, who have tried-and-true traits that ensure they’ll be the best to suit your purpose .

Last year, I heard about several incidents across the Prairies where dogs were attacked by coyotes, usually in early spring, when their owners took them for walks in rural areas. There is an explanation for this behaviour, unless the coyote was rabid. In the early spring, the coyotes have dens with young pups and they are simply defending their nearby pup den area from your dog (the wolf). Just call your dog in and walk away and the coyotes will disappear.

In other instances, I have heard of dog walkers being attacked by cows. Again, there is a simple explanation — when cows with newborn calves see your dog or dogs, the old instincts kick in. To the cow, the dog or dogs are wolves. The cows may well charge you and the dog(s). Stay away from all livestock with newborns since they regard all dogs as hungry wolves.

On my acreage, I have never needed an alarm system or had any worries about pilfering. The collies always let me know right away if it’s a friend or stranger by their barking and attitude. They are not aggressive but they can be noisy and assertive. All three have their own insulated kennels for unusually cold weather conditions.