WINTER Olympic silver medalist Greg Drummond insists Team GB’s men’s curling silver is an achievement that needs to be celebrated after watching their nail-biting final at a special event in Edinburgh to celebrate the National Lottery players’ vital role in funding British athletes.

Skip Bruce Mouat, Grant Hardie, Hammy McMillan and Bobby Lammie couldn’t quite bring a gold home on Saturday morning as they slipped to a nerve-jangling 5-4 defeat against Sweden at the Ice Cube. But they have made the nation proud with their amazing run to the final over the past week, resulting in a fantastic silver Olympic medal.

Drummond, who scooped silver at Sochi 2014 as part of David Murdoch’s – current Team GB coach – rink, was speaking at Curl Edinburgh as he roared on Mouat’s Olympic heroes and helped celebrate the funding from The National Lottery and government.

And Drummond, who was recently in the Chinese capital coaching Mouat and Jen Dodds to a fourth-place finish in the mixed doubles event, hopes Mouat and his rink securing Team GB’s maiden medal of the Games can help inspire the next generation of burgeoning curling talent . 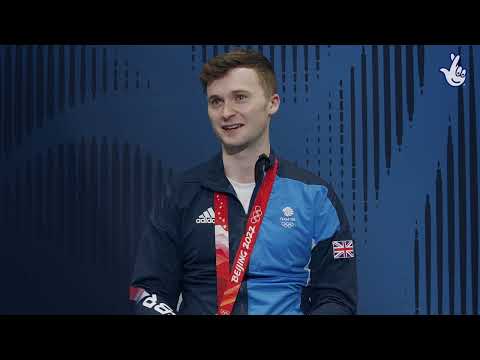 The video will auto-play soon8Cancel

Drummond, whose fiancé Vicky Wright takes to the Olympic ice for the women’s final in Eve Muirhead’s team on Sunday, said: “I was saying to a few guys earlier, we need to remember the guys have just won a silver medal and that needs to be celebrated!

“It’s just a really proud moment for the programme. I have a front row seat to the training and work that goes on back at our national training center and I think it’s worth noting that the journey is not just about the Olympic final.

“It’s actually about the work that goes on back home and that journey is not possible without the support we get from National Lottery funding.

“Everyone in the UK who plays The National Lottery is supporting athletes chasing moments like we saw today when the guys collected their medals.

“It has allowed us to have a national training center, and that has given us a platform to develop coaching, to develop analysis, support services, and the guys pretty much have an opportunity to curl full-time.

“I think we’re starting to see some really amazing results on the international stage and that’s credit to the funding and the work we’ve done with it.

“We’ve got some incredible facilities here in Scotland – I’m in one right now – again funded by National Lottery money.

“We need the next crop of Olympians to be inspired by the Bruce Mouats and the Eve Muirheads of the World, and if us as a governing body can get kids into the game through kids programs and try curling, it can only mean good things for participation levels.”

Many of Team GB and ParalympicsGB athletes have come from a range of backgrounds, having started their journeys at local, National Lottery-funded facilities, such as men’s curling star Mouat who began his career at Gogar Young Curlers Club in Edinburgh.

And Drummond is hopeful that British success in Beijing can bring more people into the sport from all ages and all different backgrounds.

“You can play curling from the age of eight to 80, so there are no barriers, it’s an inclusive sport and it’s very, very sociable,” said Drummond.

“I hope the local rinks, in conjunction with the national governing body, can market the sport to the general public and participation increases.

“It gives us an opportunity to provide a platform to get new people into the sport through developing coaches, developing facilities and developing our marketing opportunities to an extent as well.

“That’s the ultimate goal – to get more people into the game.”

Saturday morning’s showdown left Mouat, 27, disappointed after narrowly going down to the strong Swedes in a tense extra end.

But Drummond is under absolutely no illusions that this is just the start of the British team’s journey.

I have added: “ Their work ethic is exceptionally high; they are very driven to be the best in the world.

“This Swedish team, led by Niklas Edin, were probably the first team in the world to truly challenge the Canadians and believe that they could beat them regularly.

“That almost inspired a bunch of European teams to do the same, and I firmly believe that Mouat and the guys are about to surpass that and they are about to take curling to a new level.

“They have got a great coach in Alan Hannah and he has molded the team into what they are, but they have also experimented with their technique and how they throw the rock.

“They are never resting on their laurels, and are always searching for an additional 1 per cent, which I think really separates them from a lot of the other teams in the world.” 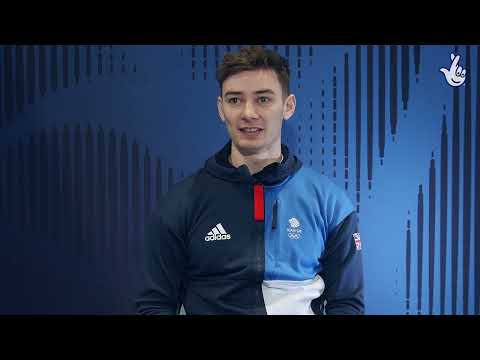 The video will auto-play soon8Cancel

Drummond also met Wright through curling, who is vice-skip of Muirhead’s women’s team who face Japan in the final tomorrow.

Her future husband will be watching on nervously from Scotland, but is confident that Muirhead’s team can deliver Olympic glory.

He said: “I’m quietly confident, they are playing Japan, who also came through that last gasp Olympic qualifier event.

“So both teams are carrying a bit of form into the final. They have good experience in play-off matches, obviously they won the European Championships and now they have won an Olympic semi-final.

“Ten months ago they didn’t qualify for the Olympics, and they had a little bit of a revamp with the whole squad and the team, and it has probably made them all better curlers. I’m hopeful that the game will go in our favour, but they will have to work hard for it.

And after his silver medal at Sochi 2014, Wright has made it a running joke between the two that she would go to Beijing and eclipse his achievement with a gold – an ambition Drummond has been actively encouraging.

He added: “That’s the standing joke in the household, it’s almost a motivation to an extent, she wants to go one better than me, and I encourage that, I’ll happily play number two, it wouldn’t be a change to the norm anyway!

“It’s going to be pretty cool knowing that our household is going to have two Olympic medalists in it, it’s a cool story for her to tell in future years if we were to ever have kids or anything – both mum and dad are Olympic medalists.

“I’m just really chuffed for her that’s she’s out there playing well and achieving her goals.”

National Lottery players are one of the biggest supporters of Team GB and ParalympicsGB winter athletes and raise more than £30 million each week for good causes including grassroots and elite sport. Discover the positive impact playing The National Lottery has at www.lotterygoodcauses.org.uk and get involved by using the hashtag: #TNLAthletes