A dog walker who allegedly shouts abuse at locals in a ritzy Sydney suburb has been pinned down and arrested by a squad of police.

Five police officers last week swooped on Dimitri Gabriel at Queens Park in the Harbor City’s east, after reports of a man allegedly being ‘verbally aggressive in the park’.

The arrested man runs dog-training business Wolf Pack Dreaming and has previously been accused of regularly abusing passers-by, leaving people too frightened to use the popular spot.

As the dramatic arrest unfolded, Mr Gabriel screamed at police to let him secure his dogs, telling them ‘you don’t understand!’ 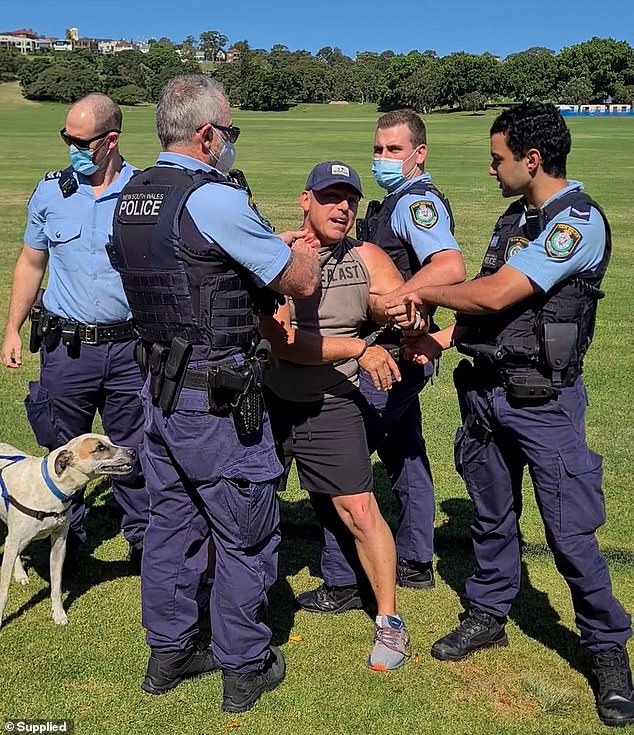 Five police officers last week swooped on Dimitri Gabriel at Queens Park in the Harbor City’s east (pictured), after reports of a man being ‘verbally aggressive in the park’ 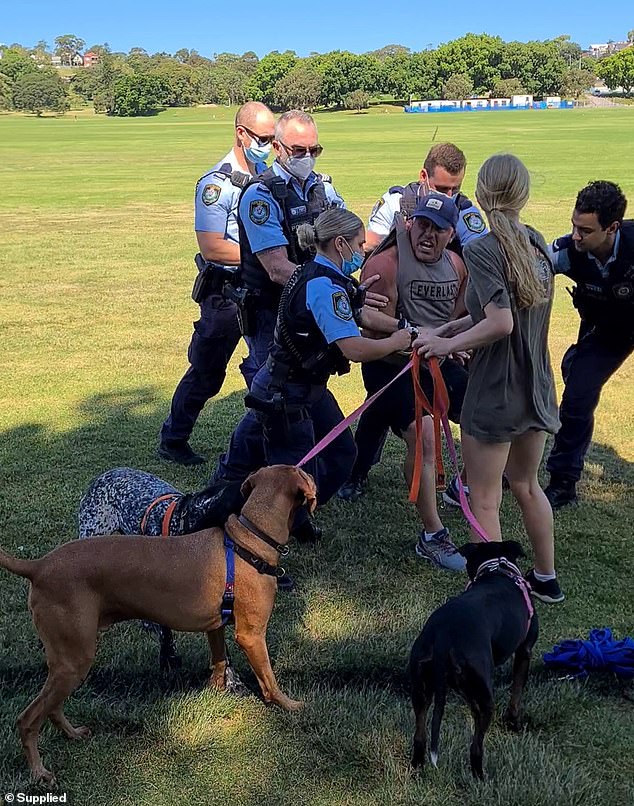 The controversial character (pictured) runs the dog-training business Wolf Pack Dreaming and has been accused of regularly abusing passersby, leaving people too frightened to use the park

‘When officers arrested the man, he allegedly became physically aggressive and resisted police.’

The chaotic incident captured on video shows the dog walker in a tense standoff with police as Mr Gabriel tells the person behind the camera to ‘p*** off’.

Officers can be heard saying ‘you are under arrest’ before the colorful local identity in shorts, a sleeveless top and a cap, is dramatically tackled to the ground and slapped with cuffs – to the applause of the person filming.

While being held down and surrounded by officers, up to a dozen dogs swarm around the failures. 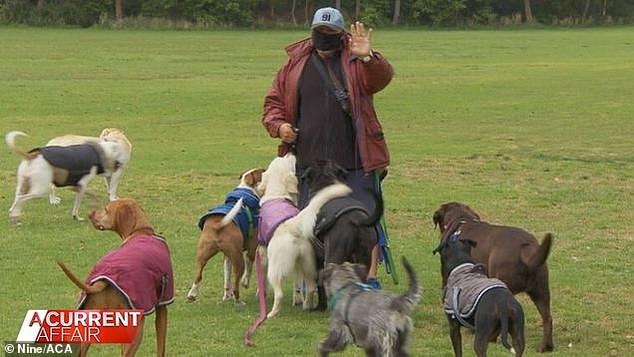 A recent segment on A Current Affair highlighted the alleged concerns of numerous locals who claimed they’ve had altercations with Mr Gabriel (pictured) who allegedly sounds off at everyone from ‘children, to teenagers and the elderly’ 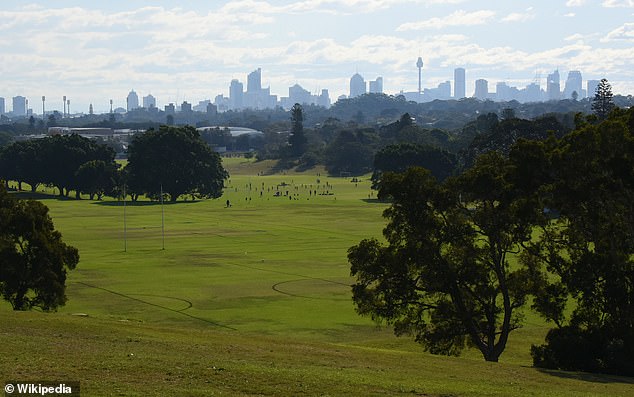 More drama unfolded as Mr Gabriel screamed for police to let him secure his dogs before being taken off to the police station.

‘You don’t understand, the dogs are going to go on the road. I’m not resisting, I just want the dogs to be secure,’ Mr Gabriel shouts.

‘Just wait for the dogs to be tied up please!’

A recent segment on Nine’s A Current Affair highlighted alleged concerns of locals who claimed they’ve had regular run-ins with the man who they say shouts at everyone from ‘children, to teenagers and the elderly.’

The issue had allegedly become so bad that the issue has been discussed at local council meetings. 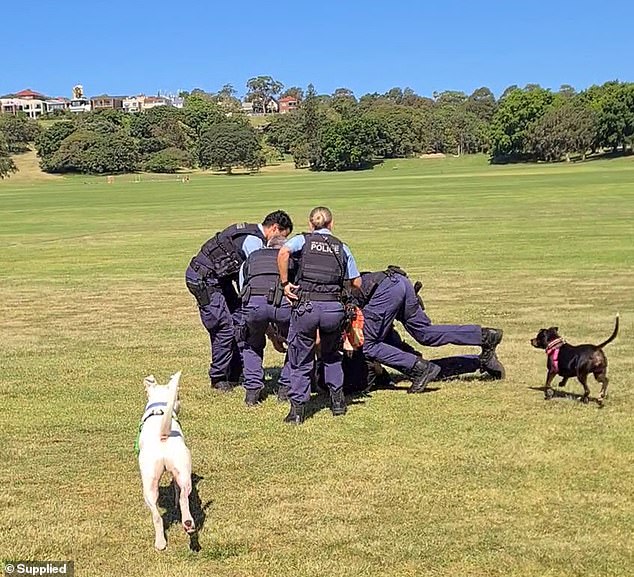 As the dramatic arrest unfolded, Mr Gabriel screams at police to let him secure his dogs, telling them ‘you don’t understand!’

Councillors last year called for ‘more rangers’ to monitor the area because of the alleged ‘abusive behavior of a regular dog walker’.

One local even accused him of ‘pinching’ a dog in front of her, prompting her to raise the issue with rangers

Police said he was taken to Waverley Police station where he was charged with stalking and intimidation, with intent to cause fear or physical harm.

Mr Gabriel was also hit with a charge of resisting and officer in the execution of duty.

He was given conditional bail to appear before Waverley Local Court on March 8, 2022.